After Nicolas Poussin “Et in Arcadia Ego”, 1637/38 (Louvre) – In a bucolic landscape under a clear sky and in front of the towering mountains of Arcadia in the background, a Big Mac loaded with cheese, meat and lettuce piles up, which looks like a UFO. Not four shepherds as with Poussin, but figures with dog heads examine the monument skeptically and in a contemplative position, with the two kneeling dogs, pointing with their index fingers at the Big Mac, flanked by two standing dogs. One of the two standing figures leans on the monument and pensively looks at the companion kneeling in front of him. The other, a tall dalmatian woman chosen in analogy to Poussin’s female figure, has placed her hand on the shoulder of the young dogherd next to her. It doesn’t take much to understand what Waske is trying to tell us with the picture. The award-winning work is a humorous and at the same time critical allegory of the decline of our food culture. 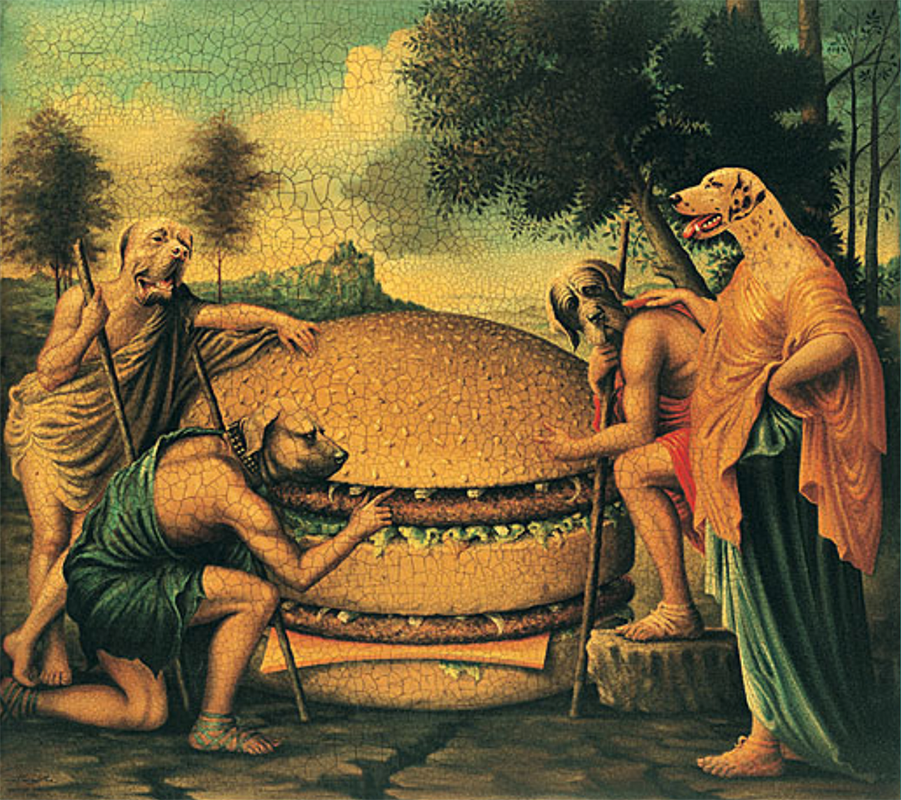