After Jacques-Louis David (1817): The modern painting Cupid and Psyche is based on the work by Jacques-Louis David (Cleveland Museum of Art, Ohio).The story of Armor and Psyche has inspired many artists.
Psyche was a king’s daughter of such extraordinary beauty that made the goddess of beauty and love Venus pale. Enraged, Venus orders her son Cupid to make Psyche fall in love with an ugly man. However, Cupid fell in love with Psyche himself, kidnapped her to a palace … ”
David used the story of Cupid and Psyche to explore the conflict between idealized love and physical reality. Cupid, lover of the beautiful mortal Psyche, visited her nightly on the condition that she did not know his identity. Cupid was usually depicted as an ideal adolescent , but David presents him as an ungainly teenager smirking at his sexual conquest. ” (The Cleveland Museum).
Already David’s work was a highly original and disturbing interpretation of the late ancient myth of Cupid and Psyche. Waske’s interpretation brings Cupid into the 20th century with a remote control in the hand and a corpulent Psyche in the painting style of Niki de Saint Phalle. 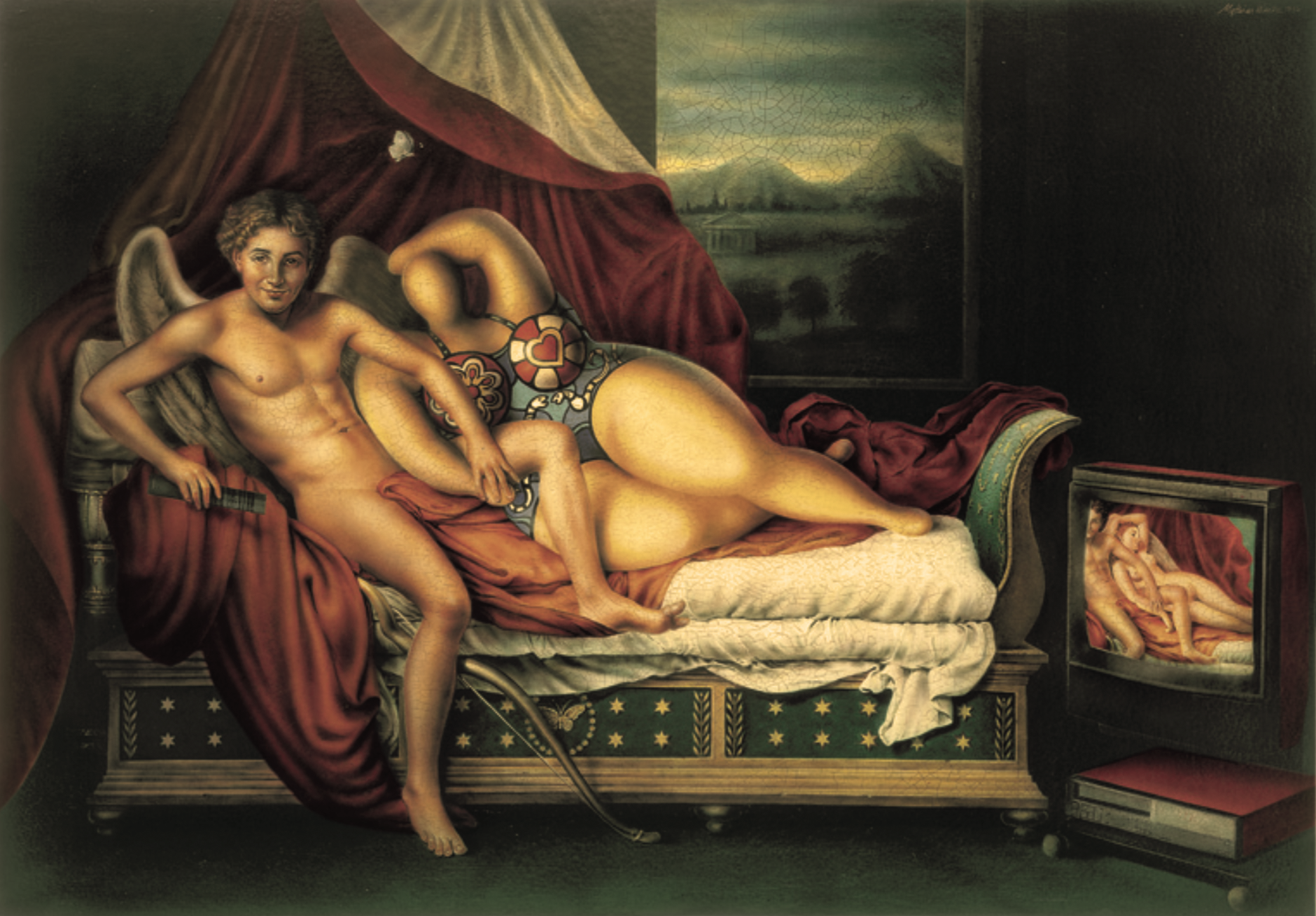