After François Bouchers “L’Odalisque” (1745) “The political significance of the pug can only be seen in the context of Napoleon, who, long before the states of Europe rose up to fight for freedom against him, was bitten on the leg by a brave pug, on his wedding night. Fortunée, the jealous pug bitch of Jospehine Beauharnais, was not only the only historical figure to wound the future Emperor of the French in open combat, she even forced him to surrender. (Among the French he is called ‘Carlin” in modification of the word ‘Harlequin’, which most closely corresponds to the cheerful disposition of the pug).” (Journal Munich, 2011) 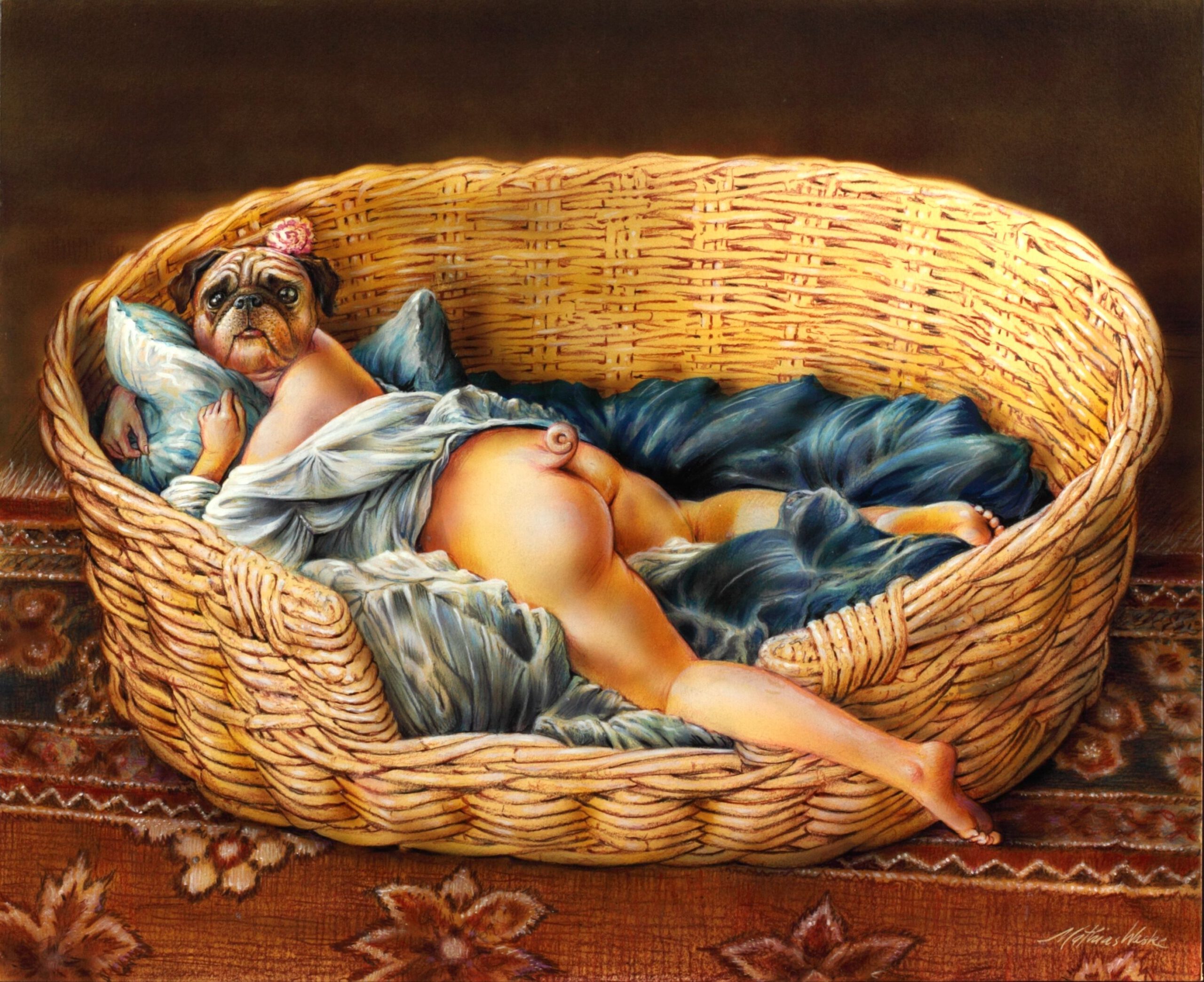