After Johann Heinrich Wilhelm Tischbein’s painting “Goethe in der Campagne” from 1787 (Städel Museum Frankfurt) – The parody of Tischbein’s painting recites 18th century classicism, but it does not show the poet Johann Wolfgang von Goethe, whom Tischbein once portrayed on his trip to Italy, but merely an effigy with a dog’s head and floppy hat, whose gaze wanders seriously and pensively into the distance. Idyllic at first glance, sobering at second: the Greek marble relief is replaced by empty crates with “Italy” written on them, instead of the ruins of a Roman aqueduct, modern industrial plants now stand out in the seemingly romantic landscape, and a record player plays the disc in the shape of a pizza. The idealising, exaggerated depiction of the poet’s counterpart confronts the viewer with the question of how the dog might think about the fate of human works and what they will leave behind in the long term. 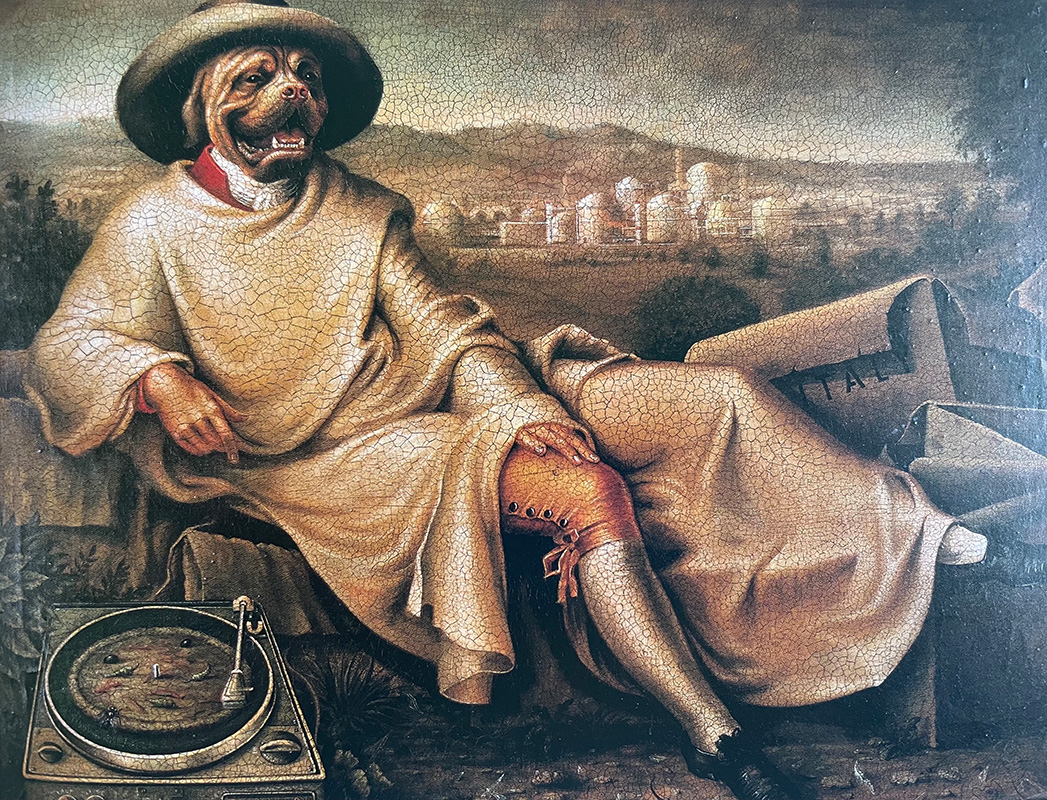