There have been many memorable portraits throughout art history, including Leonardo’s legendary Mona Lisa or Van Gogh’s legendary self-portraits. The genre of portraiture has been a cornerstone of painting for centuries and is one of Mathias Waske’s favourite subjects. In his award-winning portrait of Louis XIV, he recalls the painting style of Giuseppe Arcimboldo, who became famous for his composite heads in the 16th century. The monarch’s head is embedded gem-like in a stone frame. The robe flutters baroquely out of the frame, which seems to have been placed haphazardly on a name pedestal. The profile shows Louis XIV with the allonge wig, which has become a symbol of power and status during the 16th century. It seems to merge with the face, consisting of an arrangement of intertwined, naked bodies. The noble, brown colours convince with their high quality standard and variety of colours.
At the end of 2016, this work won the Special Prize from the Jury at the GemlucArt in Monte-Carlo. 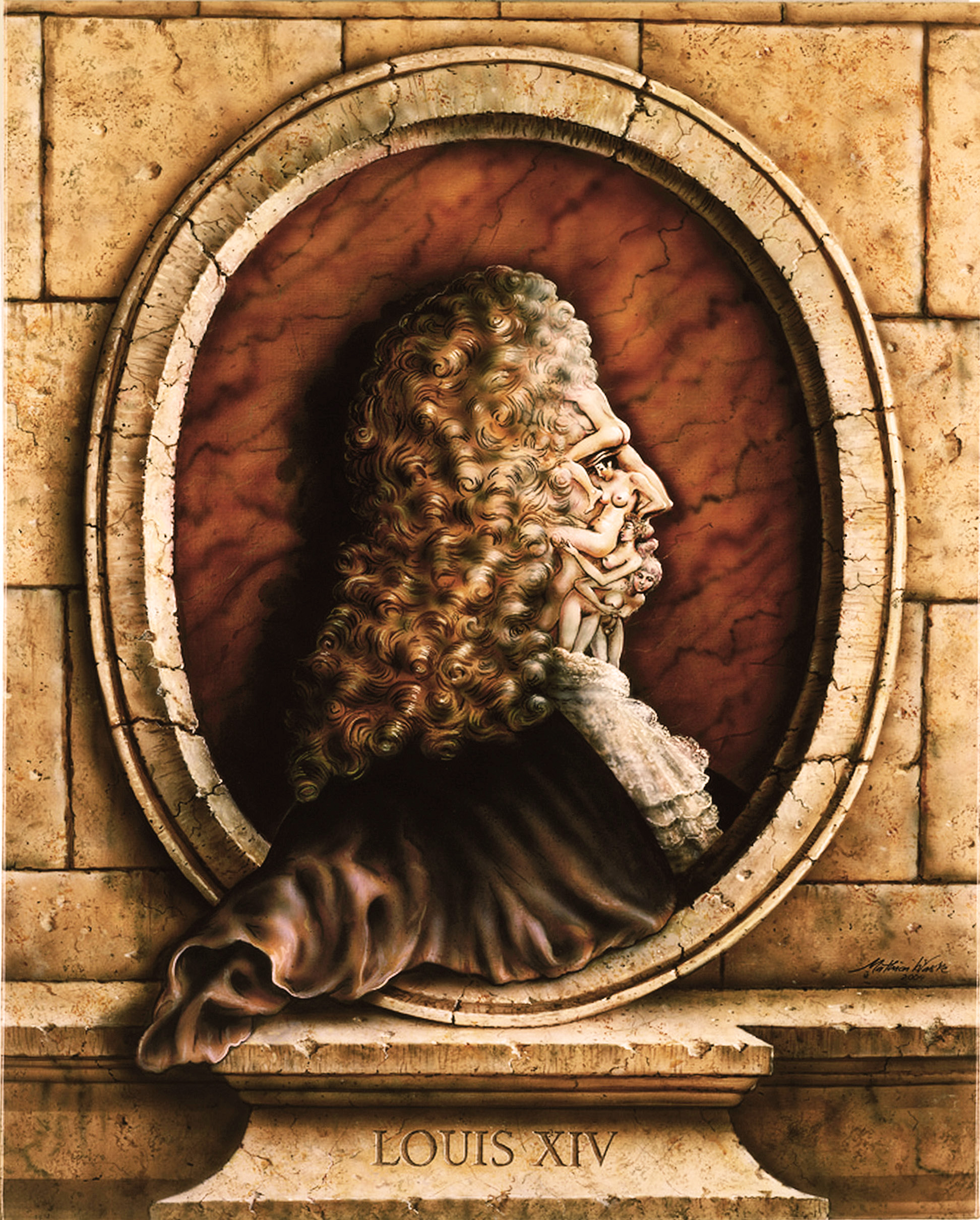