Mathias Waske was a master of combination. Not only was he a master of the artistic techniques of the past centuries, he was also an attentive critic and observer of his time. The work “Virtual Reality – Mona Lisa” dates back to 1991, when the development of virtual reality glasses was already ahead. NASA’s Ames Aerospace Human Factors Research Division was working on experimental human-computer interaction systems. In 1985, a first concept, the “Virtual Environment Display System” was developed. This first prototype was a wide-angle display system mounted on a motorcycle helmet. Waske’s “Virtual Reality – Mona Lisa” captures this state of development and makes us think about how Mona Lisa would have seen the world through VR Glasses. 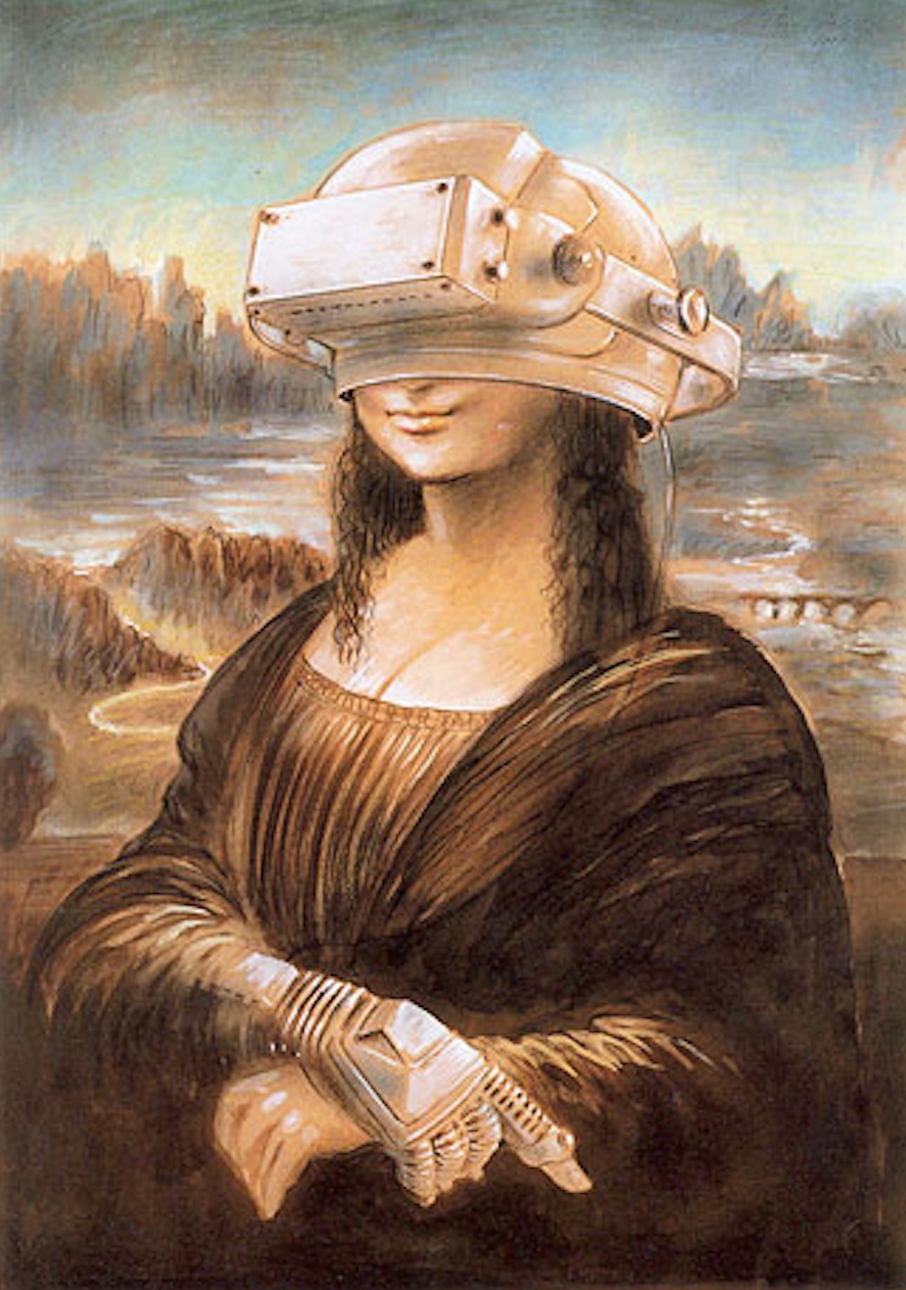